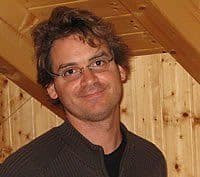 Xavier Dayer, born in Geneva (Switzerland) in 1972, studied composition in his hometown with Eric Gaudibert,  later with Tristan Murail and Brian Ferneyhough in Paris (IRCAM and Foundation Royaumont).

In 1995, as a student of Matthias Spaeter, he received a diploma in guitar from the Fribourg Conservatory (Switzerland). He has won several prizes for composition, including the Bürgi-Willert Foundation, awarded by Heinz Holliger, and the FEMS Prize of the Sandoz Foundation, awarded by Henri Dutilleux, and  has been the recipient of many commissions (i.e. Grand-Théâtre of Geneva, Orchestre de la Suisse Romande, SWR-Vokalensemble  Stuttgart (Germany), Ensemble Contrechamps, Ensemble Collegium Novum Zürich, Neue Vocalisten Stuttgart, Niew Ensemble Amsterdam, Orchestre de chambre de Lausanne, festival Archipel...)

The Paris Autumn Festival dedicated two concerts (2004-2007) to the presentation of Xavier Dayer’s work. His opera «Mémoires d'une jeune fille triste» [memories of a sad young girl] which had been premiered at the Grand Théâtre of Geneva in 2005, and the Atelier Lyrique [Lyric Workshop] of the Paris Opera, commissioned the new chamber opera «Les Aveugles» [the Blinds] which was premiered in 2006. The premiere of « Delights » for eight voices, ensemble and electronics commissioned by IRCAM Paris was given in 2007 by the Ensemble Intercontemporain.

Xavier Dayer teaches composition and music theory at the University of the Arts in Bern (HKB), at the Popular Music Conservatory in Geneva, and at the Conservatory in Neuchâtel. He was Scholarship student at the Villa Medici in Rom (2008-2009). 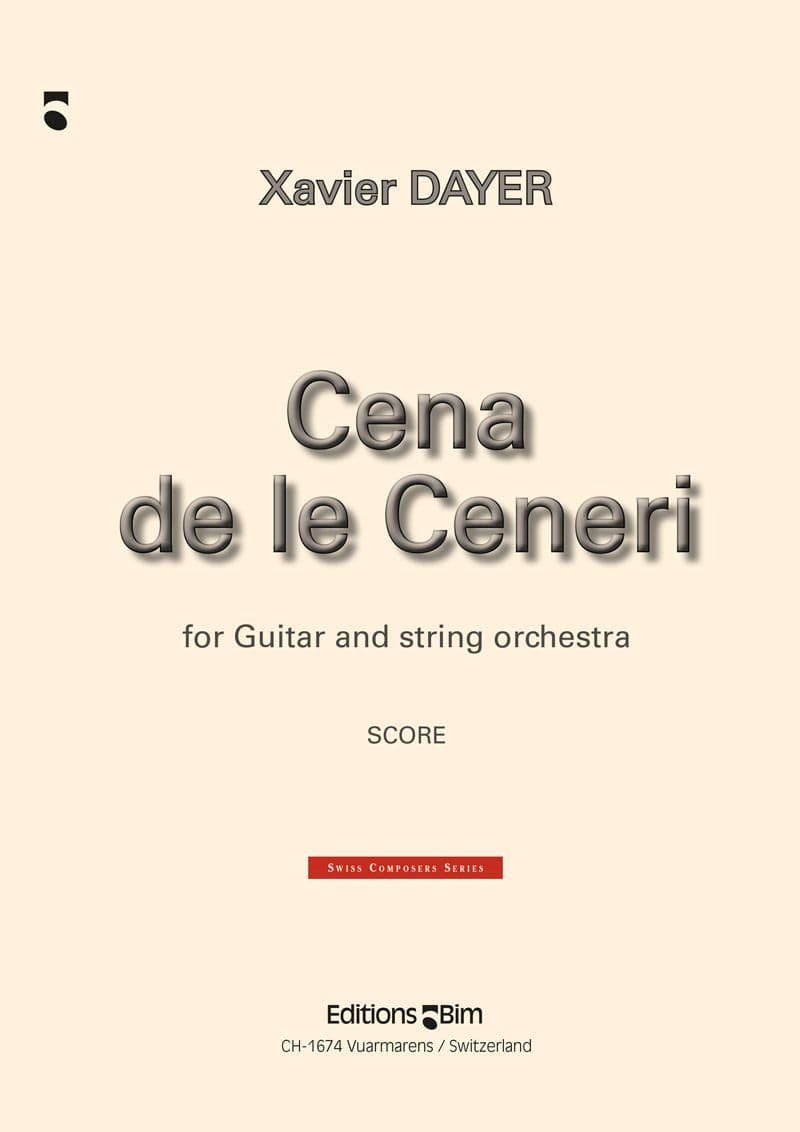 for guitar and string orchestra 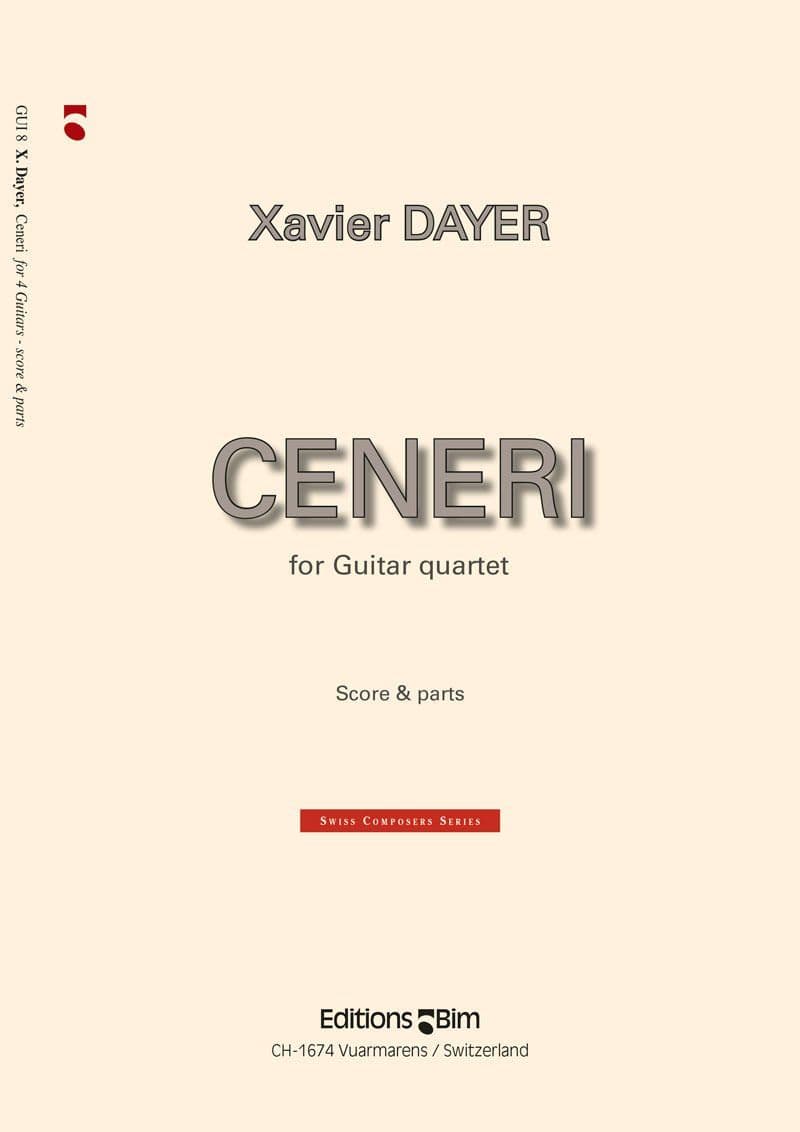 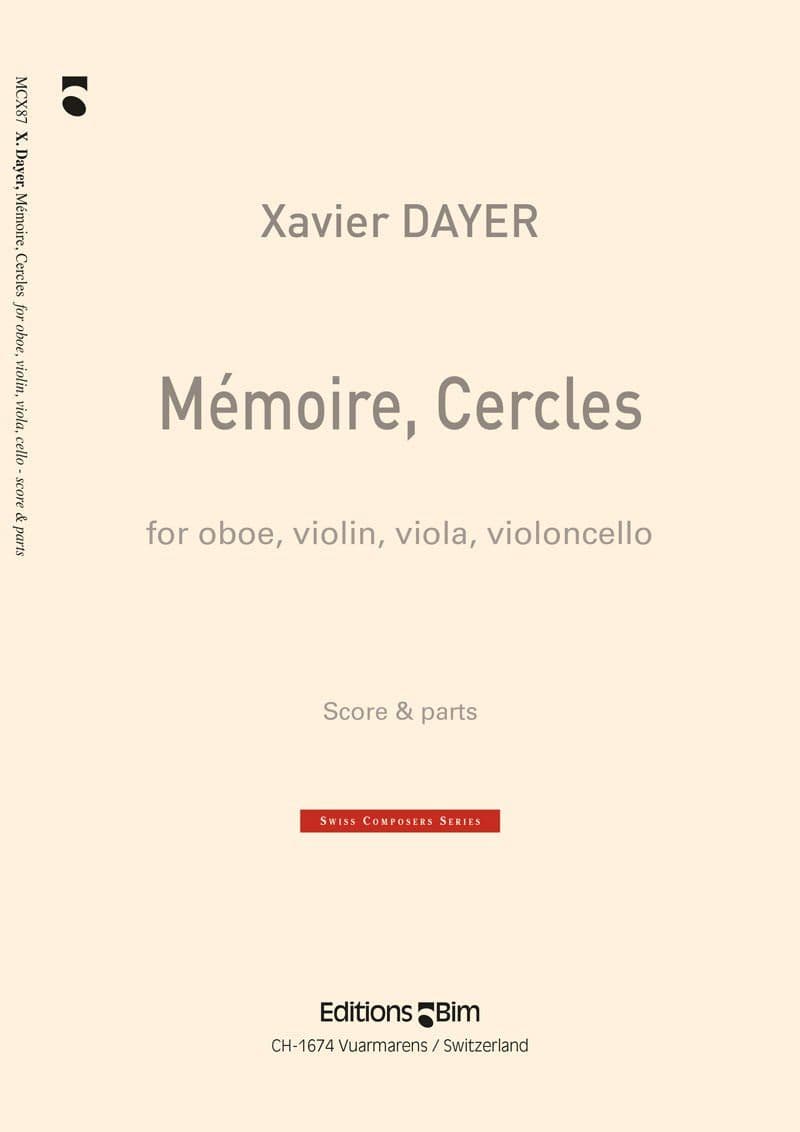