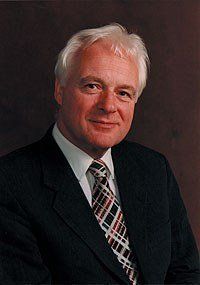 Elgar Howarth studied music at Manchester University and the Royal Manchester College of Music, where his first study was composition.His conducting career began in the early 1970s and since then he has appeared regularly with all the leading orchestras of Great Britain, both in the concert hall and in the recording studio. He has appeared at major festivals abroad - mostly in Europe - and toured...
Read more

Intrigued by the idea of ghosts

Inspired by and dedicated to the composer's four grand-children, a movement for each. Like many youngsters they are intrigued by the idea of ghosts: Monster Music for kate who loves to play monsters to the accompaniment of Sousa marches. Ghosts for Alex, her older brother, who was convinced there was a ghost in the garden of their London house. Mischief for Rebecca, their younger and extremely feisty sister. W.W.W. is for Barnaby their older cousin. Not the Web, but a family joke that his grandmother is a Wicked Witch of the West.