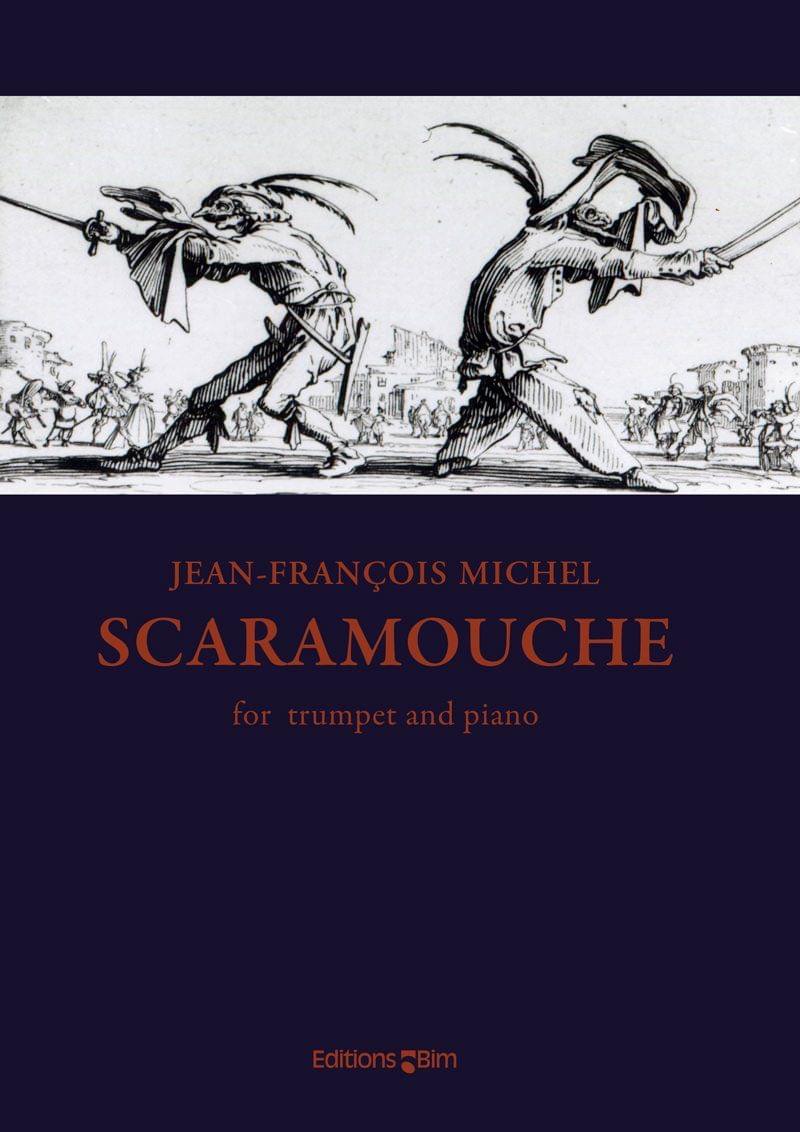 Scaramouche (Scaramuccia in Italian) is defined as an oddly contentious, loudmouthed type of character present in the commedia dell’arte. This particular character inspired Jean-François Michel to create a composition that includes a wink and a nod to Darius Milhaud, through its michievous and humorous aspects.

Written as a preparation piece for the Bb-trumpet student who switches to the C-trumpet, this work of intermediate difficulty is intended to help address the dearth of musical works that exist and function to ease the transition to the technically demanding high level French concertos and contest pieces.

The range and duration of this lively, inventive, and brilliant work are not extreme, thus rendering it eminently playable on a Bb trumpet (or cornet or flugelhorn)