Biagio Marini was born 1597 in the remarkably musical Lombardy town of Brescia, which was, since the early sixteenth century, a center of organ, lute, and viol manufacture, and became even more renowned for its violins. At age 18, Marini was violinist at St. Mark’s in Venice. There, in 1617, under the influence of Monteverdi, he published his «Affetti Musicali, Opus 1», one of the most radical works of its day. After his wife’s death, the young composer returned to Brescia (1620) as musical director at the Santa Euphemia church. Two years later he served the court of Ferdinand Gonzaga at Parma, and in 1623 accepted the position of «maestro di concerti» at the Wittelsbach palace in Neuburg on the Danube. He travelled as well in Dusseldorf and Brussels, and in 1626, together with his second wife, he may have lived a few months in Munich.

Documentation is lacking on his activities between 1627 and 1640. He probably spent much of this period in Italy, since his third wife, married in1630, was a resident of Milan. During these fourteen years Marini published the works composed at Neuburg. In 1640 he accepted the position of «maestro di cappella» at the «Accademia della Morte» in Ferrara, and two years later at the church of Santa Maria della Scala in Milano. He was a member of the «Occulti»in Parma, a society promoting all fine arts. Marini settled in Venice, and remained there until his death in 1665.

It is safe to assume that Marini was a skilled performer on several instruments. His numerous canzonas attest to his affection for brass music, and he spent many years in southern Germany, where brass instrument manufacture and performance were unsurpassed 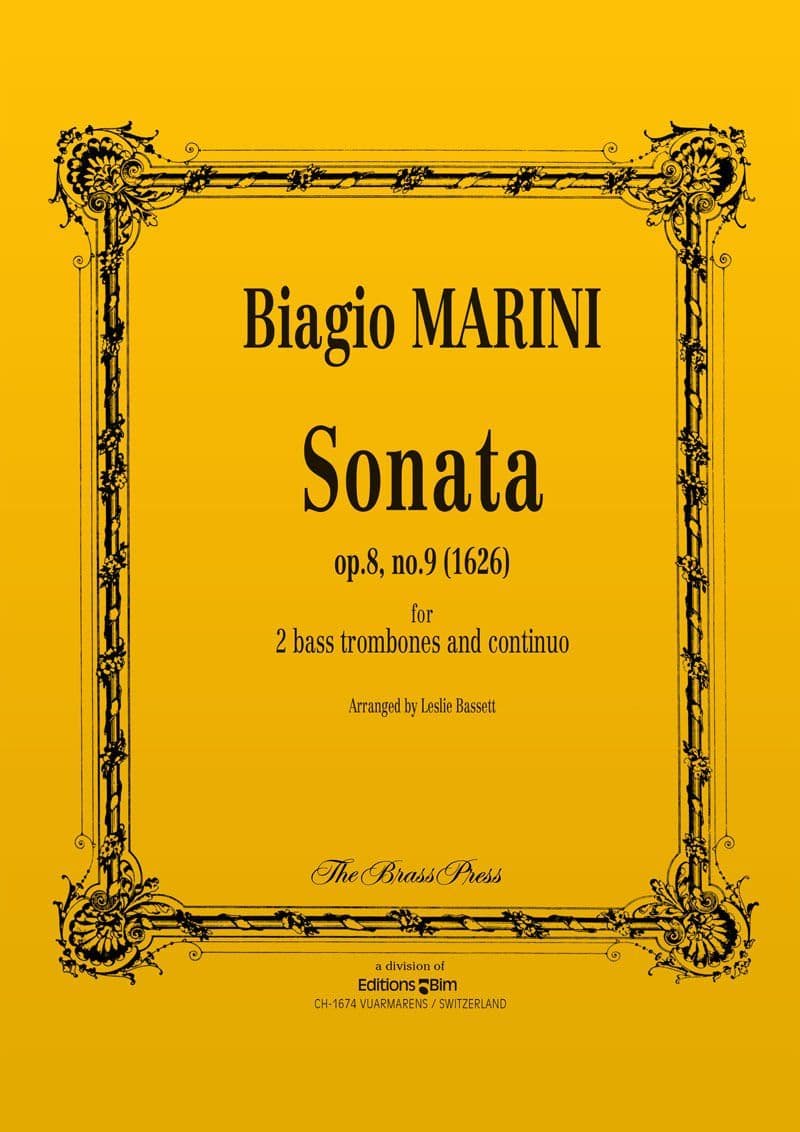 for 2 bass trombones and continuo