Roy was Professeur, flageolet virtuoso and the author of numerous instrumental tutors and arrangements, but very little was known about him up to now. As a consequence of  the latest research based on new sources, including 30 further publications by Roy himself as well as a dozen articles dedicated to him, it is now possible to reconstruct a biography.

Part of Roy’s biographical dates are provided by an obituary from 1828. There he was said to have been born in Lons-le-Saunier in the French Jura. Since he was designated there as a jeune musicien [i. e. a young musician], I would propose 1790 as an approximate birth date. Presumably after having completed his compulsory military service, Roy was active in Lyon where he lived at Rue Tupin 157. Around 1819 he settled down in Paris, where he produced several publications au goût du jour [after the fashion of the day], as some of them are subtitled, for various publishers. There from he undertook various concert tours as a performer on the flageolet. The obituary states that he died in 1827 in Marseilles (France).

That Roy was not an unknown musician, but indeed was well-known and fashionably popular during his time, can be shown by an advertisement concerning arrangements written by one of his students: On reconnaît, à la grâce et à la facilité avec laquelle ces ouvertures sont arrangées, que M. Émile Delaigne est élève de M. Eugène Roy, un de nos professeurs les plus connus et les plus à la mode. [The reader will recognize, by the elegance and ease with which these overtures are arranged, that Mr. Émile Delaigne is a pupil of Mr. Eugène Roy, one of our best-known and most popular professors.]

The list of Roy’s publications is long. Most of these books are similar to his trumpet method presented here in facsimile, as far as the print, the size and the number of pages are concerned.  Many of them are tutors and arrangements for the flageolet, others are for piano, violin, flute, clarinet, trumpet, horn and guitar. In accordance with conventions of that time, none of these publications are dated, but the numbers on the engraving plates allows us to date them all between 1813 and 1827.

In 1824, Roy performed in Stuttgart in the presence of Wilhelm I, King of Württemberg, but without any apparent success: “Mr. Böhm from Vienna (violinist), Mr. Maas from Mannheim (oboist) and a certain Mr. Le Roy from Paris on the ﬂageolet performed in the king’s chamber music concerts; the two ﬁrst ones with, but the last one without any applause” (Breitkopf, AMZ, 367). After the concert given on the 9th of April in Strassburg, we find two comments. Both underline his echo playing on the flageolet as unique of its kind.

A final source regarding Eugène Roy comes from the Biographie Universelle by the renowned scholar François Joseph Fétis (1884). Until now, it was the only known source of information, but unfortunately it creates more confusion than clarity. Fétis presents thousands of musicians and he also confirms most of what we know about Roy: he served in several military regiments and was second chef d’orchestre des bals champêtres de Tivoli. It is also confirmed that the popular and opera songs arranged by Roy were published by most of the Parisian publishers and that many of his books were also published in German. However, Fétis additionally states that Roy’s name was in fact Leroy and that he died in 1816. That these are both false assertions is not really a surprise, since we know from Wangermée (Fétis, 1093) that Fétis occasionally replaced incomplete information with plausible documents that he himself created. 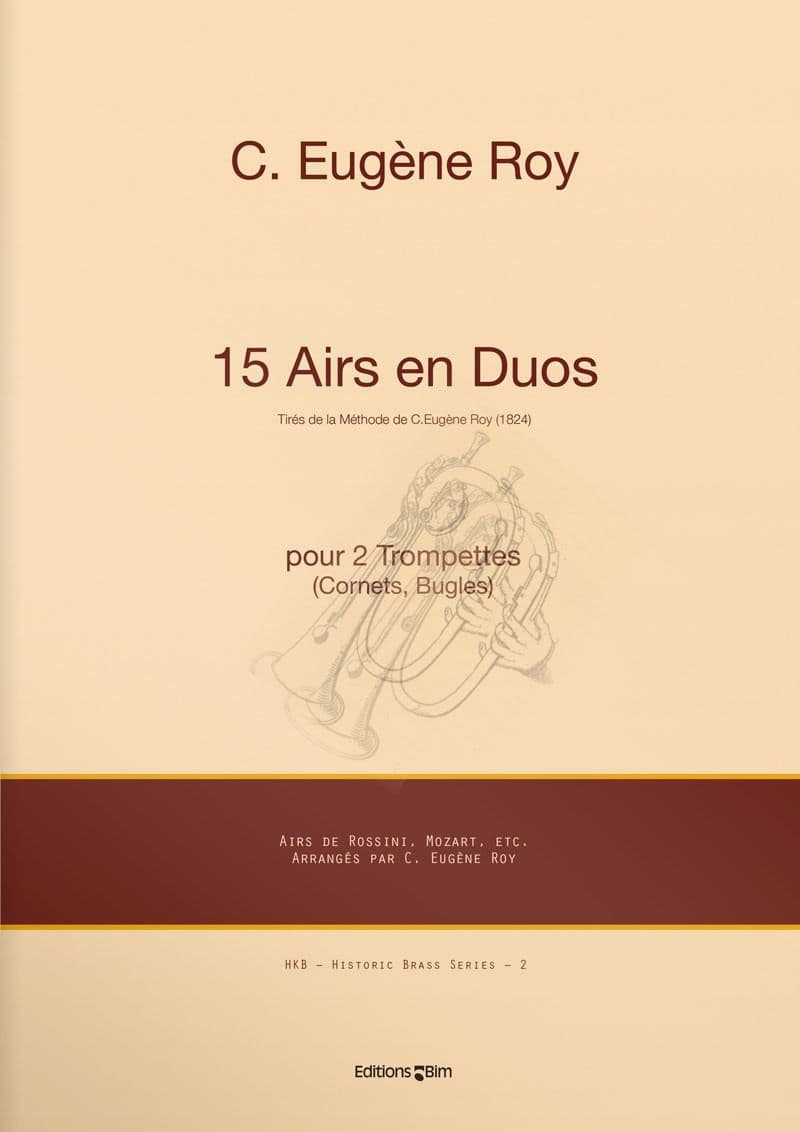 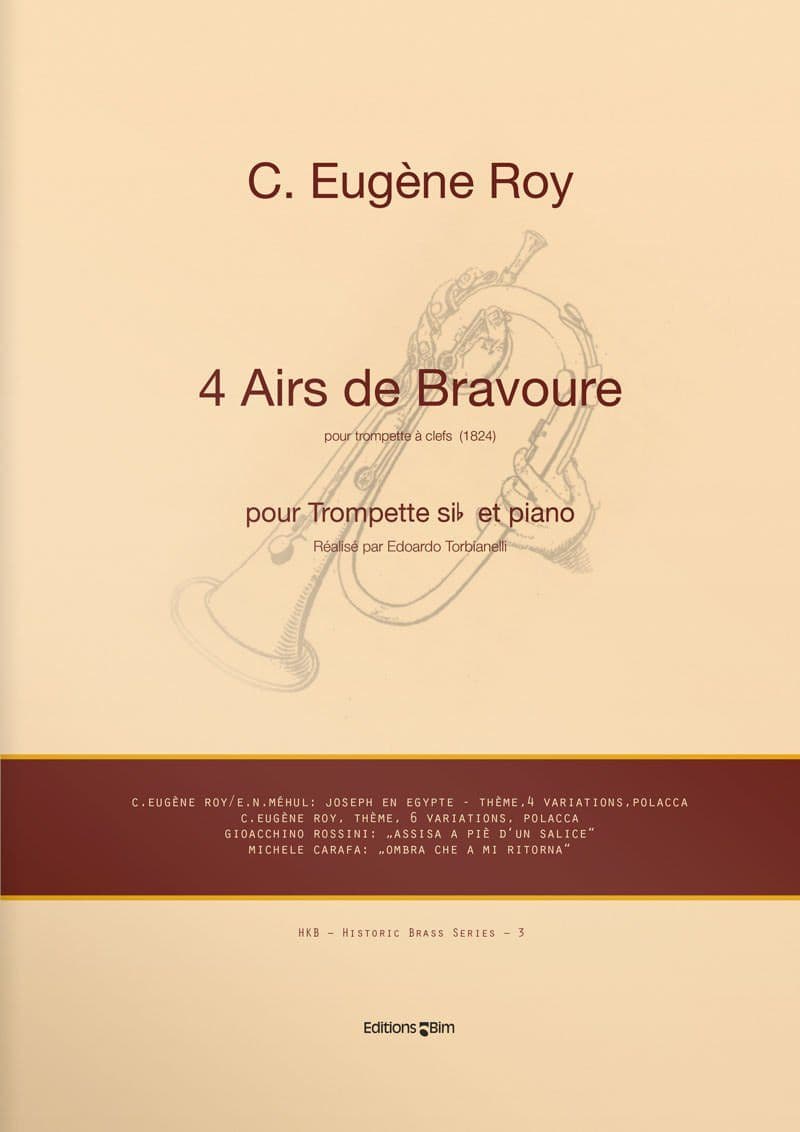 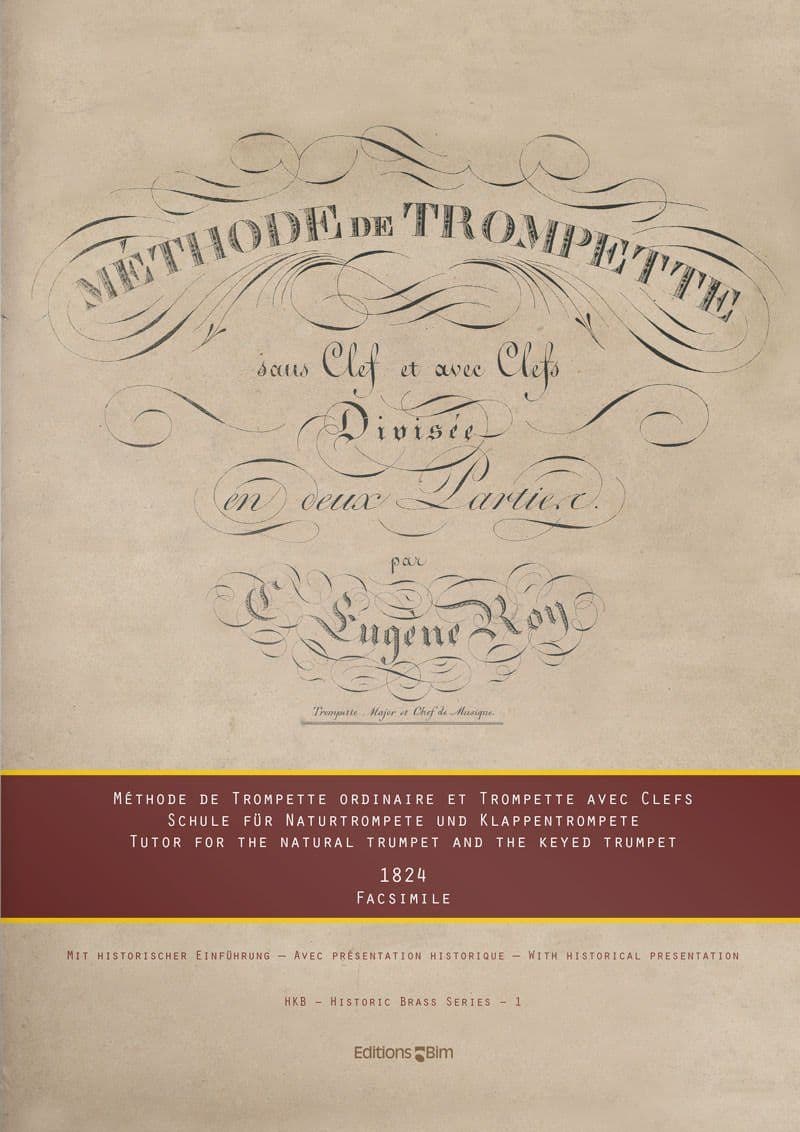