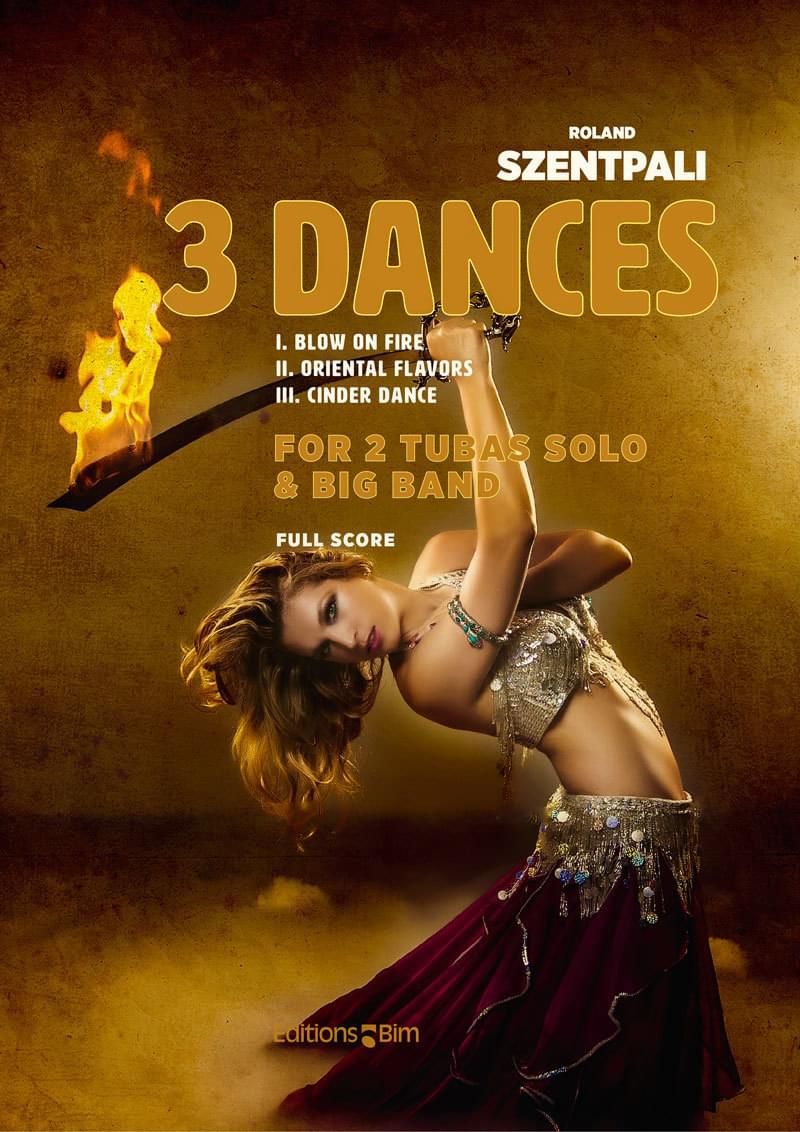 3 Dances is a Suite in three movements for 2 solo tubas and big band.

It is a typical example of the versatile composing talent of Roland Szentpali. His approach to jazz is well structured, with subtle fast or slow groovy sequences of the different instrumental and rhythm sections, stimulating (and how!) the two solo tubas interacting with each other.

I. Blow On Fire starts with a free cadenza that is an introduction merging into fast elements which appear all along this movement. The two tubas start to play once the melodic elements burn, and from then develop their own dynamic shifts.

II. Oriental Flavors is another kind of groove (as the movement title suggests), beginning with a short opening of the trombone section falling into secco rhythm that beats in contrasts with the stimulating lyrical intervention by the two tubists.

III. Cinder Dance has a specific introduction that leads the musicians and the audience on the path of various trances over several uneven time signatures. At a certain point, the 2 tubas fly through cadencial sequences just over the rhythm section, before ending on a long collective and steamy final progression. 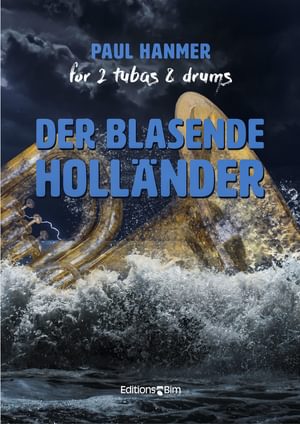 for 2 tubas and drums 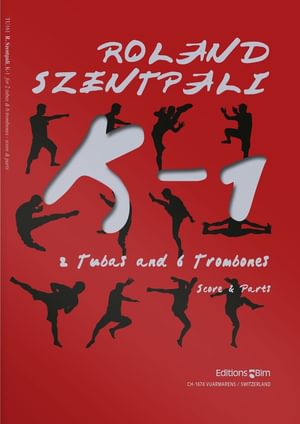 for 2 tubas and 6 trombones 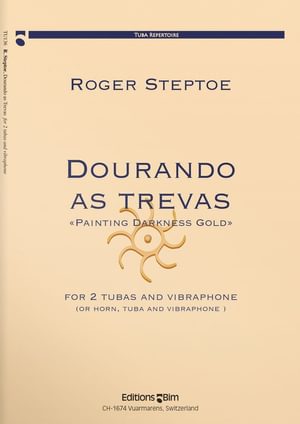 for 2 tubas and vibraphone 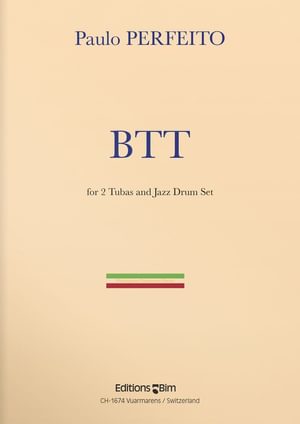 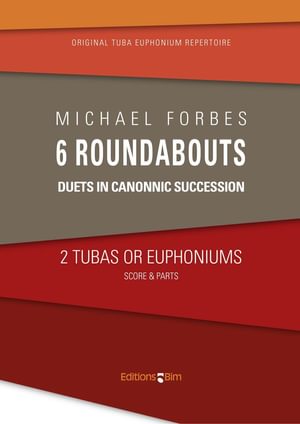