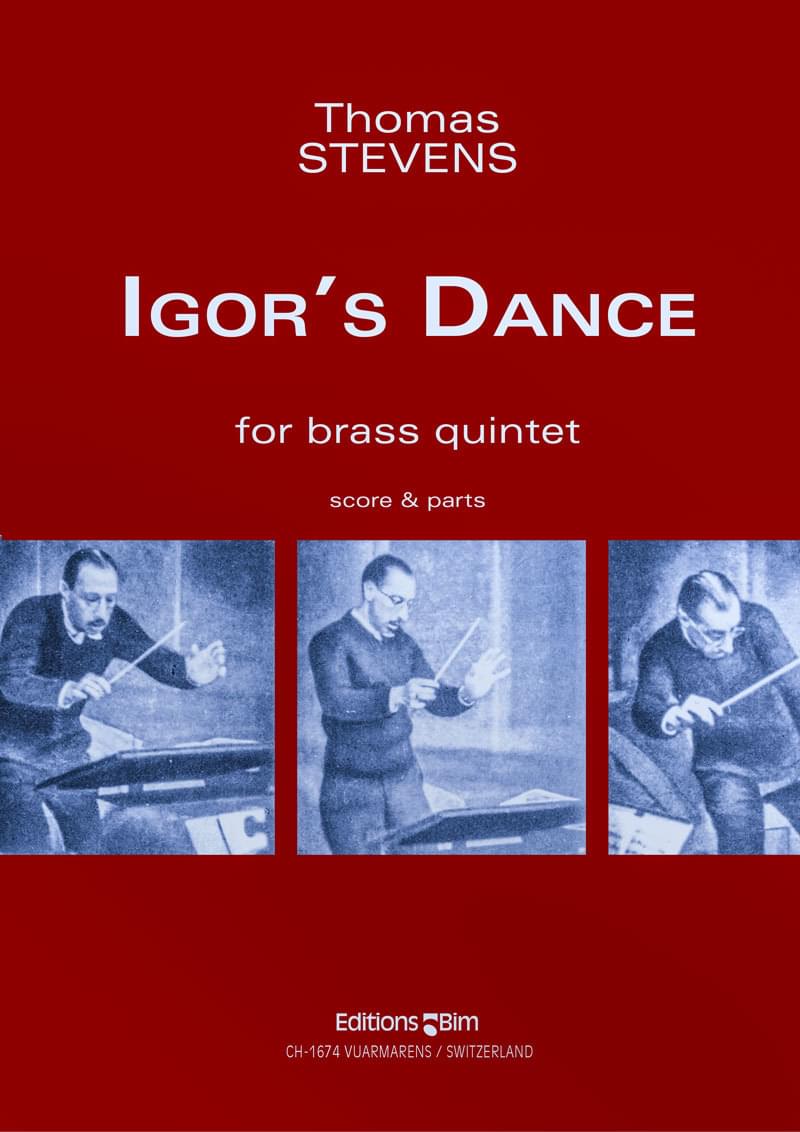 Igor’s Dance is a virtuosic, molto allegro parody of the Ballerina’s Dance from Igor Stravinsky’s Petrouchka, with the quintet parts including some isolated musical elements, such as single rhythmic figures or motives from some of Stravinsky’s early 20th century orchestral works. The main thematic material of “Igor’s Dance, and the only direct Stravinsky musical quote, is derived from the first measure of the solo cornet part in the original 1911 version of Petrouchka.