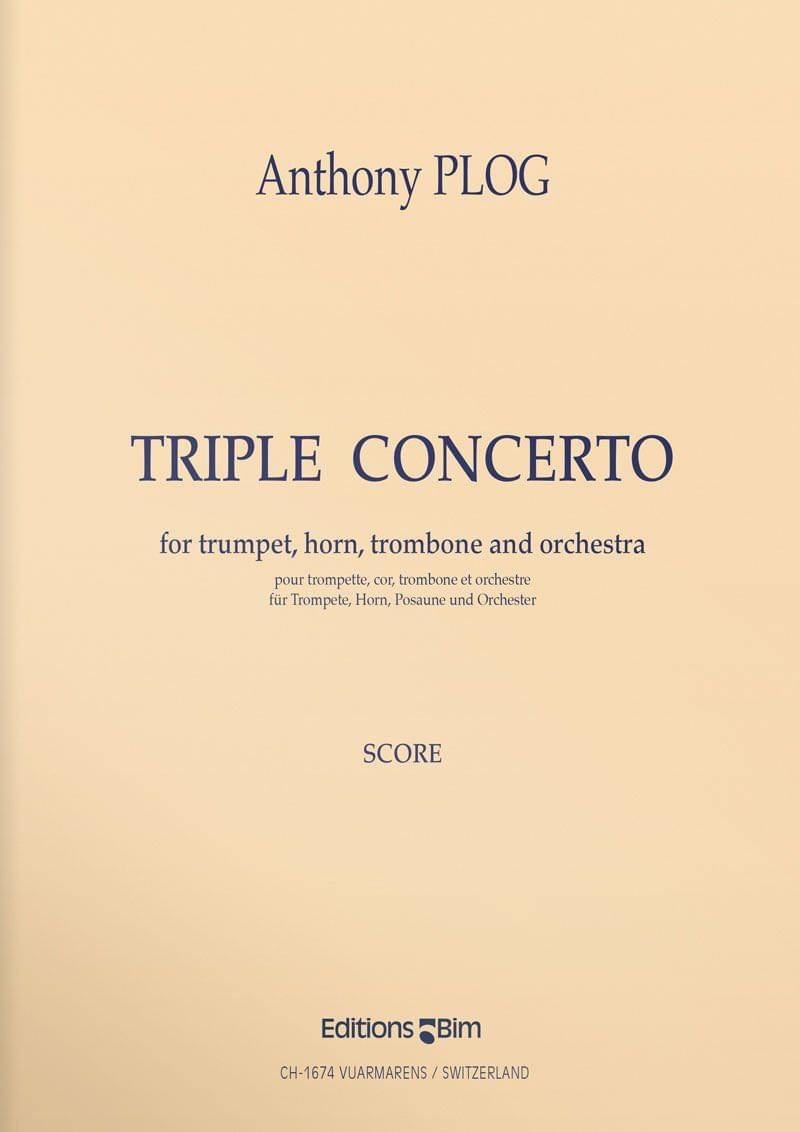 The Triple Concerto for trumpet, horn, trombone and orchestra exploits many different textures both within the solo group and the orchestra itself. Each of the solo instruments is called upon at times to play as a soloist, and at other times as a chamber musician.

In the first movement a calm and lyrical introduction begins the piece, only to be interrupted by energetic allegro. The second movement develops around an extremely static choral for the strings and features individual solos. The third movement is again an allegro, and after a cadenza featuring the three soloists thematic material from the first movement is re-introduced, leading to a final coda.