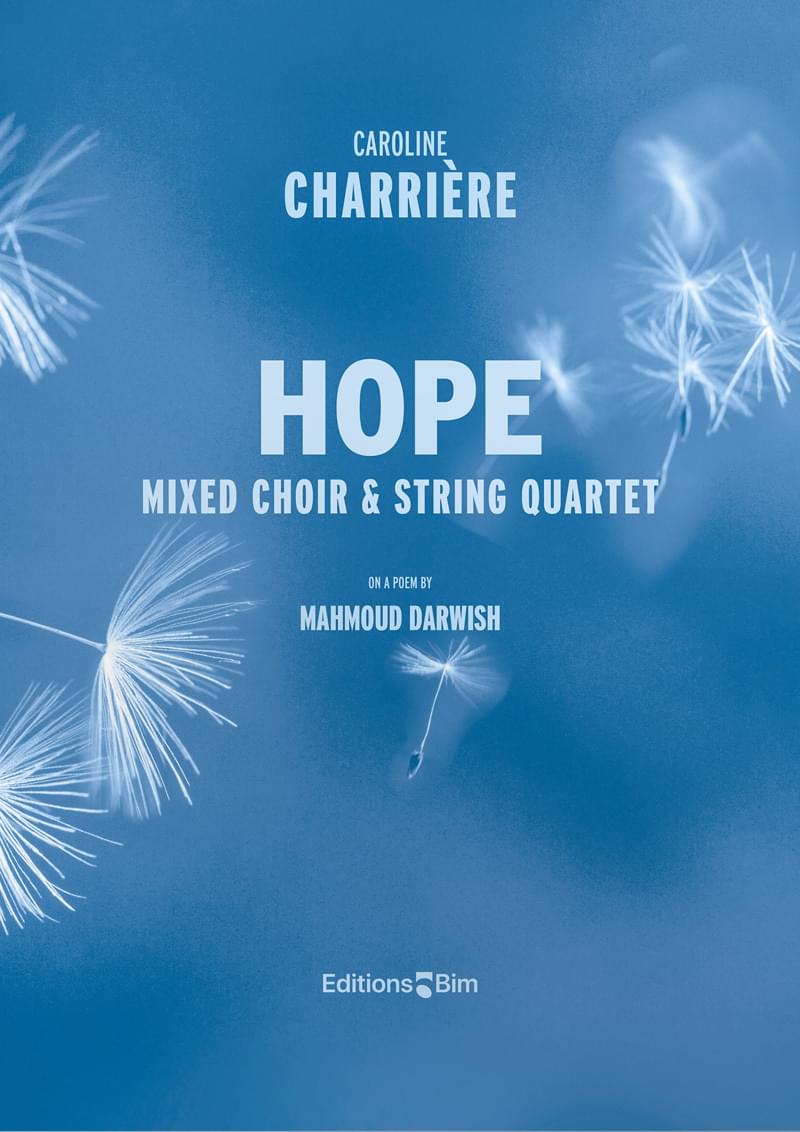 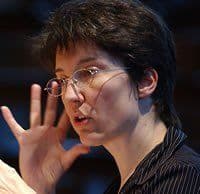 This piece, with its unexpected accompaniment by a string quartet, is one of the composer’s last. With the quartet Ophelia (2006), she had acquired full mastery of writing for strings, which she uses in a privileged way to express the immaterial, as for example in Le Temps suite for string orchestra (2007). It is therefore not surprising that she has used strings to accompany a piece entitled Hope.

Hope: the word does not appear in the poem by Mahmoud Darwish (1941-2008), considered the Palestinian national poet. The choice of Caroline Charrière for these verses and the choice of the title Hope is undoubtedly explained by the quest for meaning and goodness, which form the fabric of his life and which appears in filigree in these verses.

The exposition, in G major, is provided by the soprano alone. The alteration on the penultimate syllable removes the melody from the key; the lift and syncopation make the rhythm equivocal. This first phrase has reminiscences of Gregorian chant or melodies from the psalters of Calvin and Luther. The strings join in after only four bars, with a searing ascent of the first violin over three octaves that gives the music a spring in its step. Then the choir enters in perfect tune, singing the ballad of the magnanimous poet who shares the worries of his enemies. Yet, the Earth seems very narrow. Is sharing the right solution? Is there really enough room for men and gods on this Earth? The tipping point comes at bar 46, with an accelerando of the strings over two bars, followed by the translation of the indication “Con anima” by the viola. With a fast, regular, repeated sixteenth-note motif, the atmosphere gradually changes over the course of ten bars, bringing the other voices along with it. The sopranos have freed themselves from the verb and sing a joyful little melody on “la-la-la”, accompanied by the altos and tenors. Again a small gap between the voices, again a doubt, the atmosphere darkens momentarily. The verses are repeated once more, without mentioning the gods, leading to a transcended version of the poem, filled with hope: “who share”, the sharing being expressed musically by a unisono: a perfect chord in G major of the women’s voices, relativized by the singing in A flat major of the men’s voices and the chord in G minor of the strings.

As Darwishs’s poem ends openly, the composer returns to the opening line to culminate in “share”: sharing as a symbol for a common future, a condition for legitimate hope. The atmosphere is bright and serene. The gods have disappeared, they leave us sharing, the leitmotiv of the piece. A seven-voice chord expresses the power of the united forces. In a notebook of the composer from 1990, we read:

If everyone joins hands
It makes God. 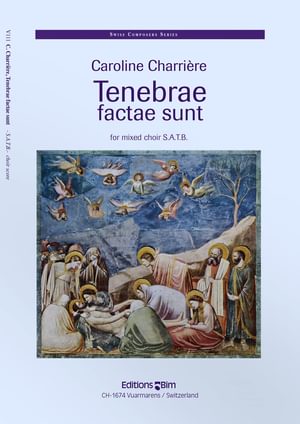 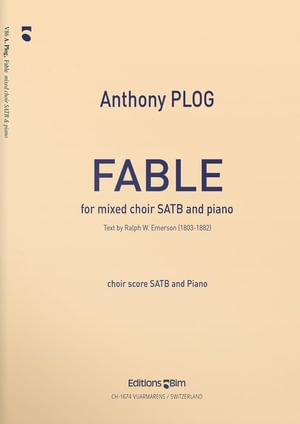 for mixed choir and piano 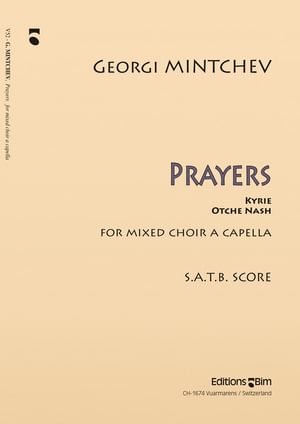 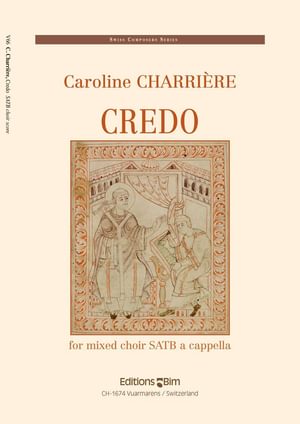